The CBU Twilight in early September, Frank Horton, MYA Weekly runs, and of course, your usual training runs at Shelby Farms.  If you know exactly what I'm talking about, then you are either a Memphis area athlete or a fan of the Memphis area cross country landscape.  There's always been a huge focus on the tradition of cross-country in the Memphis area and this season is no different.

We are less than a week away from the State Cross Country championships.  Some athletes have aspirations to stand tall on the podium.  Some are looking to better their time than last year on this tough course.  And some are glad they are among the ones to qualify for the championship.  As those athletes fine tune themselves before they tackle the steeple chase course in Nashville, let's take a look at who to watch from the Memphis area this Saturday.

As you would expect, some of the fastest runners come out of the bigger D1 schools, like Bartlett, Houston, Arlington, Collierville.  From the team perspective, the Bartlett boys are just plain strong and stacked this season.  Just behind them becomes kind of a tight race between Arlington and Collierville.  And looking at the girls, well, it is a toss-up between the Houston and Arlington girls, with Houston seemingly having the edge.  Well, they seem to have the edge but Arlington certainly gave them a wake-up call at the Region 8 meet the other day. 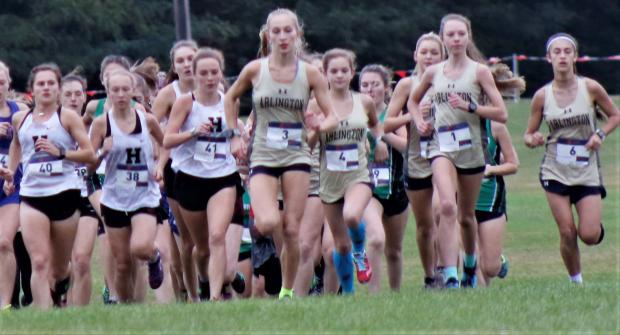 The top individual in the area for the D1 schools is Arlington's Jackson Williams.  He recently won the Region 8 championship with just a slight edge over Bartlett's Travis Jones.  Jackson has a 16 flat season best time this season that puts him in the top ten for the state rankings and poised to run a much better time at the state meet than he has in the past.  Travis and fellow Bartlett teammate, Robert Dawson have similar times this season and could team up to help them move up the ladder at State as well. 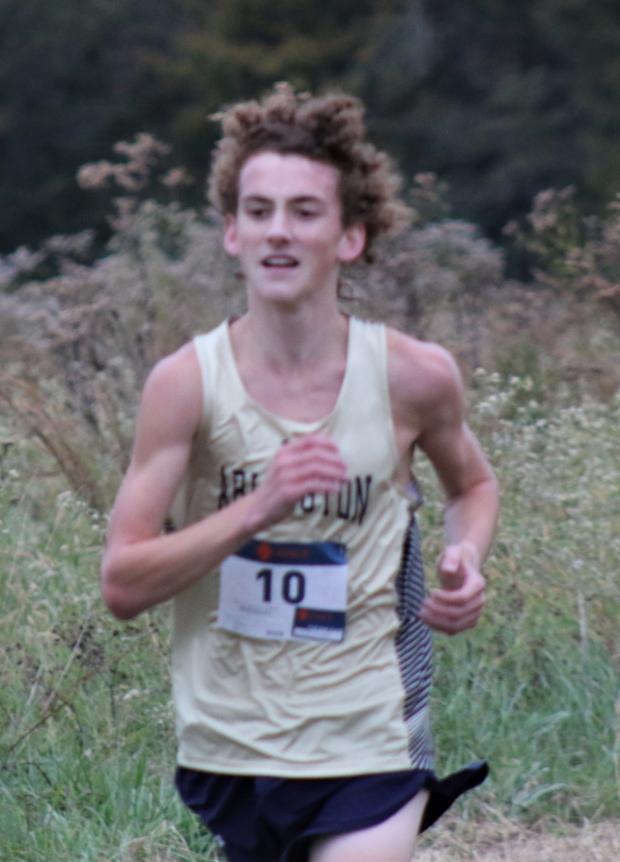 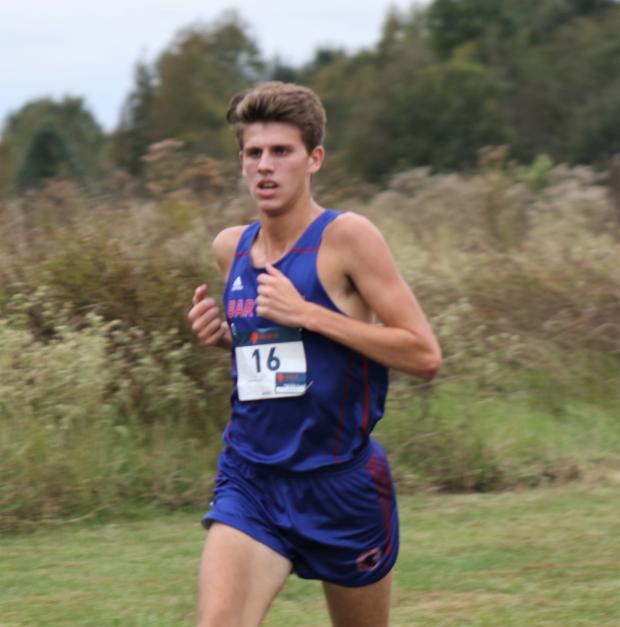 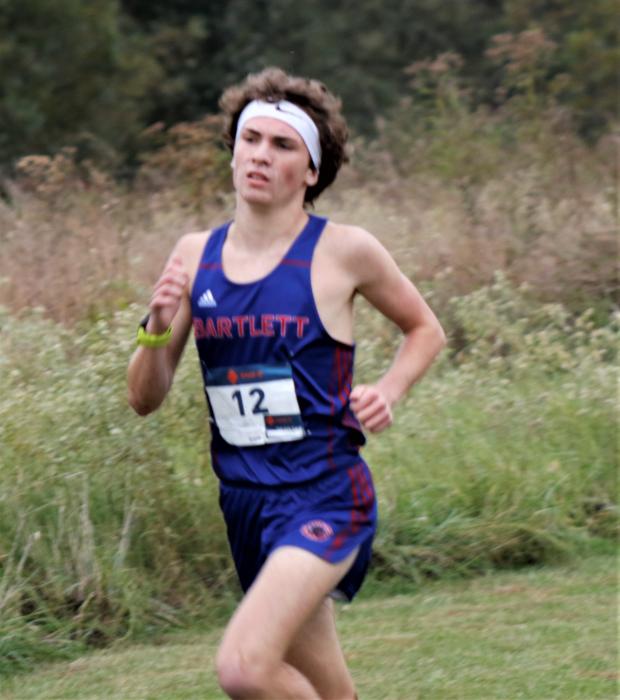 A couple others to keep an eye on next Saturday would be Houston's Bradley Turner.  Bradley has been a very consistent runner this season with several races targeting in on the 16:30 or under time. He ran to a 4th place spot in the Region 8 meet the other day which was about 12 seconds faster than last year - the kicker is though, the course this year was much slower because of a ton of rain that week.  I'd look for him to have a break out race Saturday. 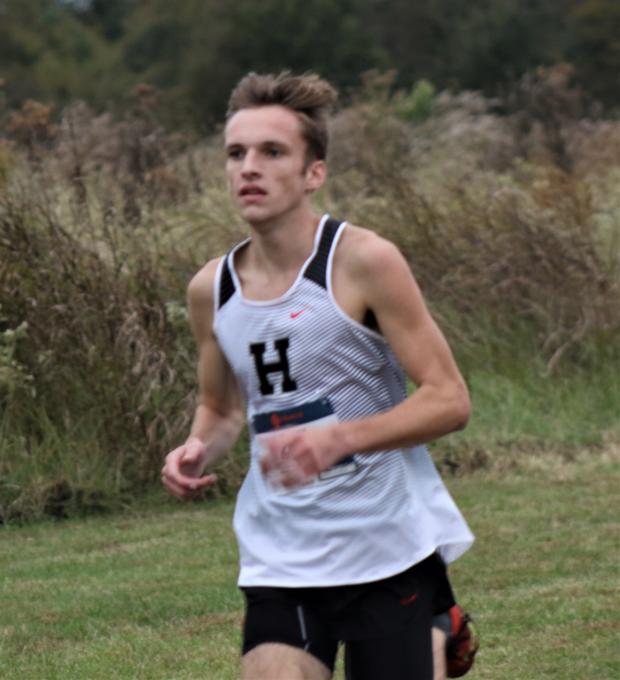 There's a couple of Collierville athletes, Garrett Meier and Jacob Pringle, that you may want to put on your radar too.  Although Garrett ran about a second slower at the Region 8 this season, he still ran strong at the state meet last year.  That same mentality might just be on his thoughts next Saturday.  Jacob on the other hand, started out the season on a slower note, similar to last season.  But then he set a new PR at the Frank Horton race at the end of September that was a minute and three seconds faster than last year's race.  His last few races show he has the ability to get into a fast rhythm and if he can carry that on the Steeplechase next week, could be in the top group of Memphis finishers. 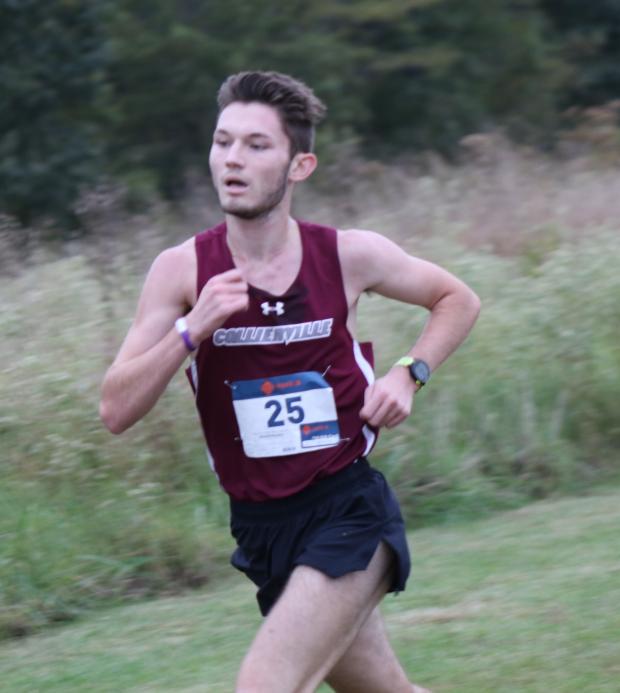 The Girls side for the D1 group is being dominated by Skylar Boogerd as she continues her trek for podium visits.  She set a very strong PR at the Region 8 championships on a course that was sloshy and slow.  Her 18:03.80 moved her into the 6th spot in the state rankings and 5th for the D1 large schools.  With just a few second between her and the top spots, and having just PR'd a week before State, Skylar is more than ready to have a break out race at the State Championships this season.  She sits pretty comfortably on top in the Memphis area and I expect that and more come Saturday. 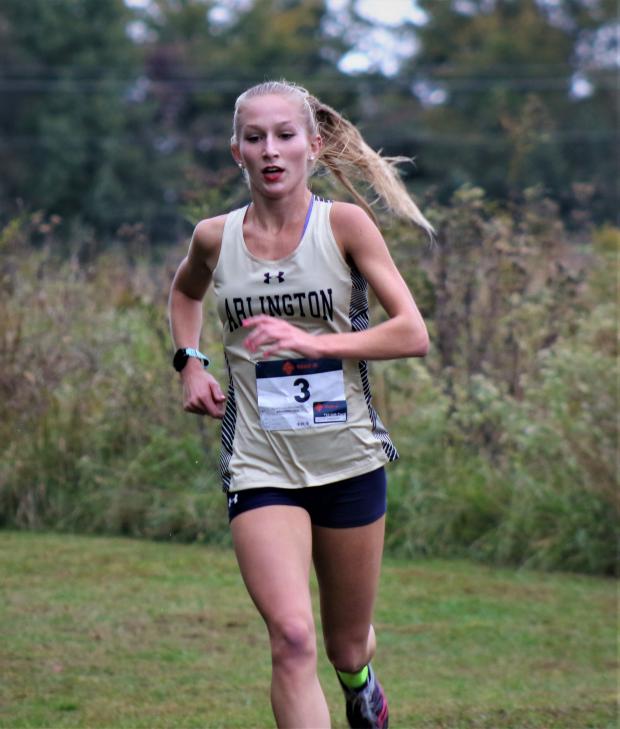 Skylar's teammates, Ann-Marie Braese and Olivia Barnes, also just recently pushed themselves up ahead of the Houston girls with their Region 8 championship performances.  Ann-Marie was 2nd in 19:21 and Olivia 3rd in 19:22 to sneak their way inside the top 26 for D1 large rankings. 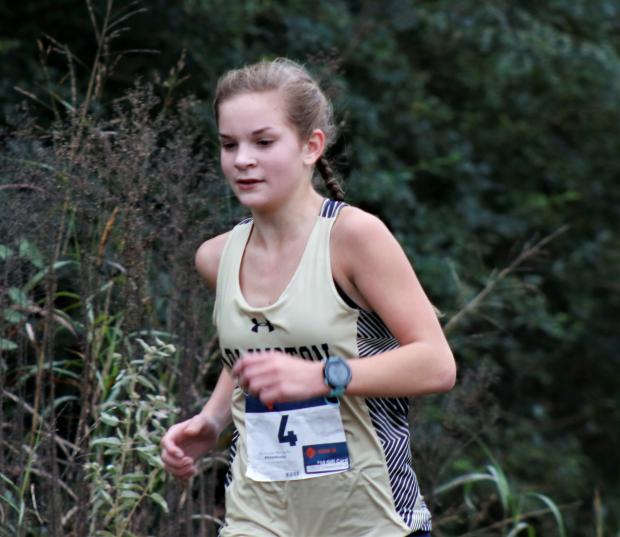 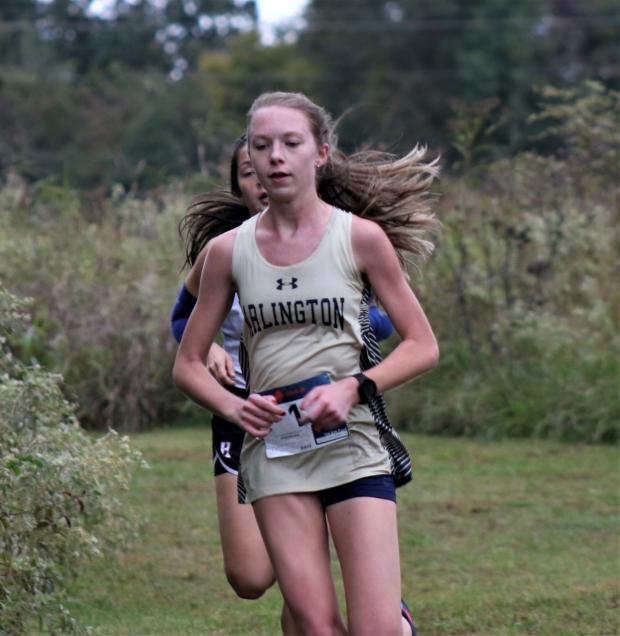 Of course, that still doesn't mean that a whole pack of Houston girls won't outdo them at Saturday's race.  Lydia Tankersley (19:49), Madeline Harreld (19:54), Felicity Bost (19:55), and Annabel Leonard (19:59) make up a group of sub 20 athletes in the 5K distance.  With them working so closely together as they do, they should be a scary bunch to fight off on a course that rewards those that can work in a pack and push each other.  That's a trait the Houston girls certainly know how to exploit.  This should be an interesting day on the course! 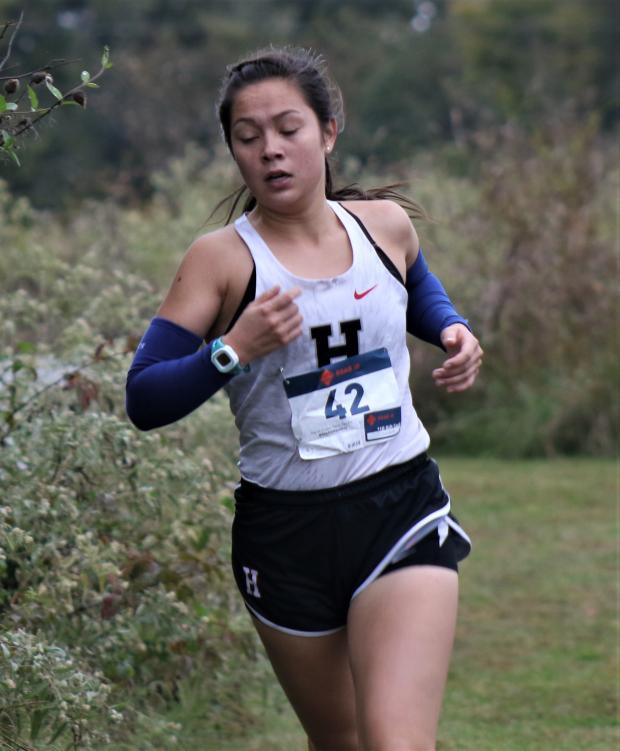 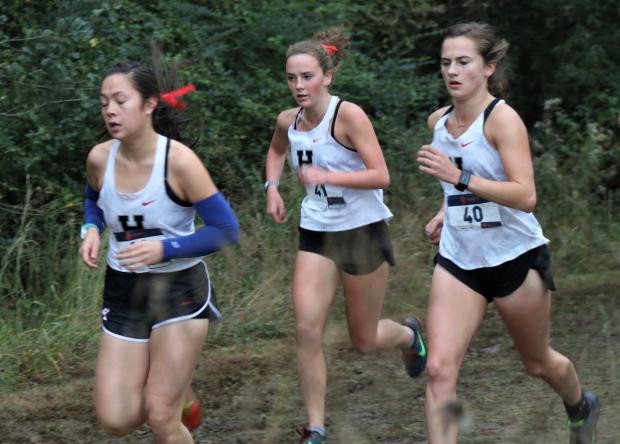 The Division 2 small schools have a couple of very strong runners.  St. George's Allison Newman comes into the state meet having a top 22 ranking overall and number three in the D2 small class.  Her 19:05 that she just ran in the D2-A regional meet was similar to the D1 meet that Skylar won - way out in front and running alone!  Abbie Baker, FACS (20:26), is another D2-A athlete to watch from the area.  Abbie set her 5K PR at her Region meet and so enters the race Saturday on a high note for sure. 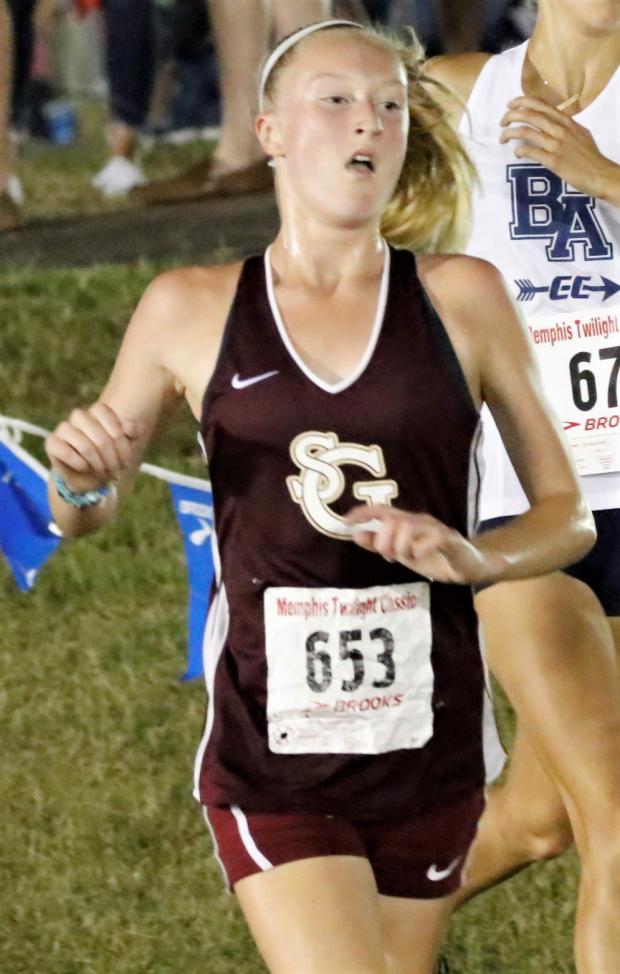 Sarah McDonald and Maggie Wilson, both of St. George's, pushed their way into the top 11 rankings with their recent performances at the Region meet.  Moving up the rankings this time of year is a really good sign for potential performance at the State meet.

Lausanne has a similar picture as Allison with Sohan Pokorny-Yadav coming in ranked 22 overall in all divisions and a runner up spot for the D2-A class.  I watched Sohan run at the TN Classic earlier in September and he was impressive then and just continues to improve the more he races.  He will have his eye set on the top spot at the state meet and the way he's running, who knows how that will turn out. 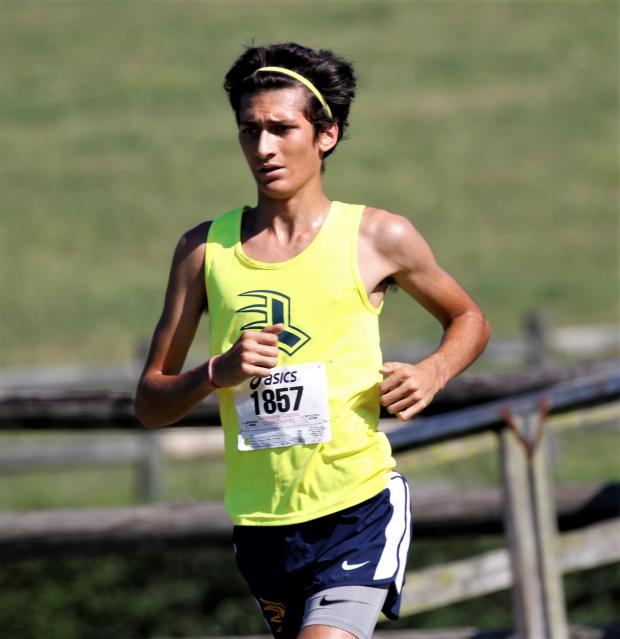 Davis Rangi of ECS also has a pretty impressive season.  Davis started out at the HOKA 3200 with a 9:59.69 and then continues to develop in the 5K distance to get him into a top 4 ranking for the division.  St. George's Jack Lange ran 17:12 at the D2-A championship last week to vault him into the top ten for the class as well.

I believe both the girls and boys for St. George could put on a show in the team ranking at state.  How good is in the hands of the athletes, but expect we'll see a good showing for sure.

Within the D2-AA class, the larger school class, Vi Stuart of Briarcrest Christian has been the dominate leader at the races in the Memphis area for this division.  Coming in ranked 10th in the state for the class and her best season by far, should provide the incentive to improve her steeplechase time considerably.   Vi has lead a group of Saints athletes to some pretty impressive team wins as well.  Reagan Casey, Hannah Fisher, and Kat Harris are all having a strong season, so this team should be able to post a good spot at State this season.  Although Hannah won't participate at the state meet because of injury, the team should still be strong. 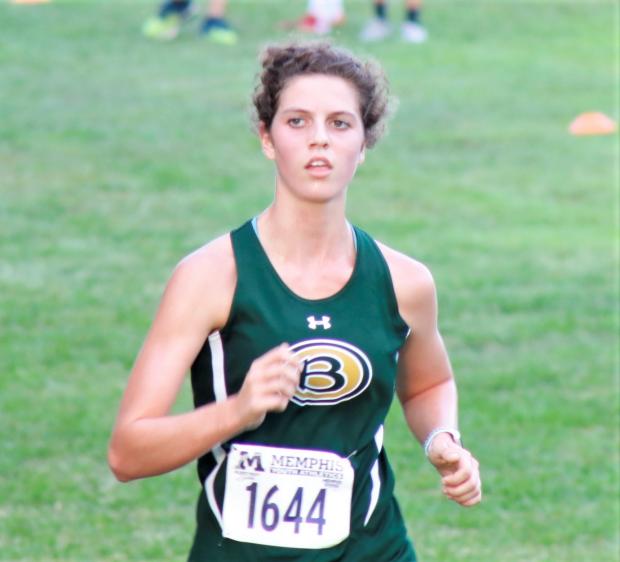 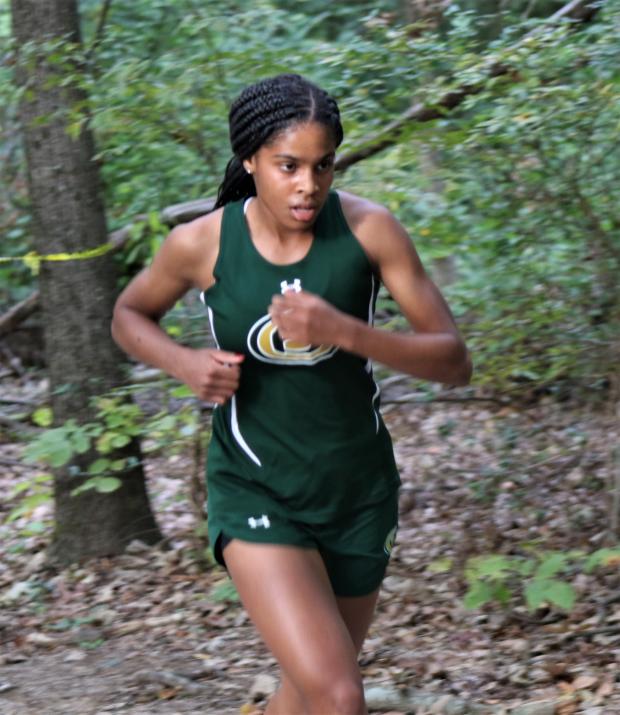 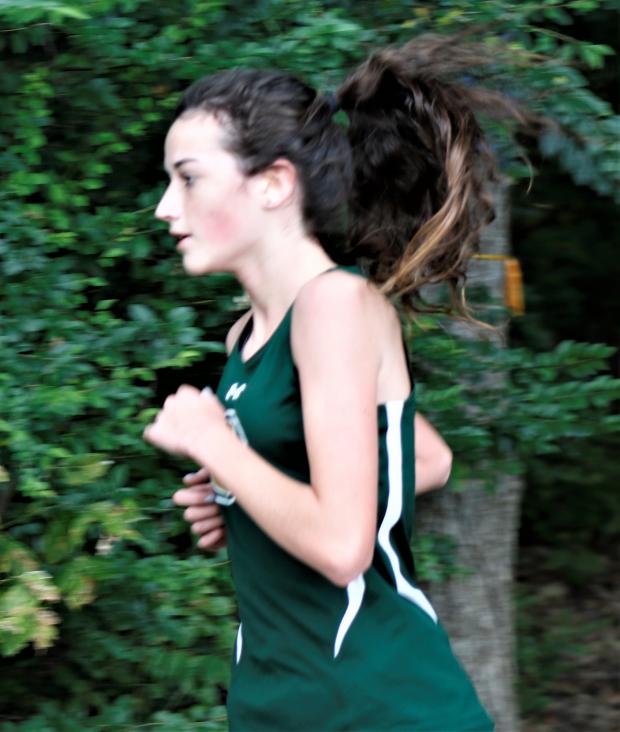 At the recent Region D2-AA meet, the Hutchison team looked pretty strong with Frances Cates and Nora Tillmanns taking control of the pack and leading them to a strong second place finish. 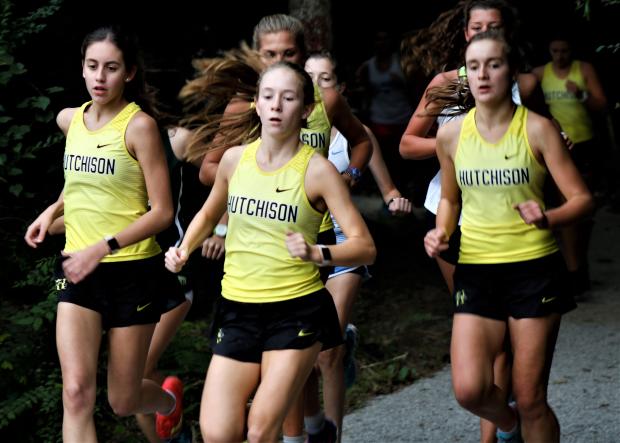 And you should never rule out St. Agnes as they are always ones to be in the mix when it comes to distances races.  Their lead runner this year, Abigail Williams has made an impressive comeback from having appendix surgery and knowing her strength at the distance events, should be a big factor in this team's success.  Rebecca Calderoni hasn't races a lot this year, so is a bit rusty, but she is starting to come around and her and Abigail should put a spark on how this team finishes this Saturday.  I don't count them out. 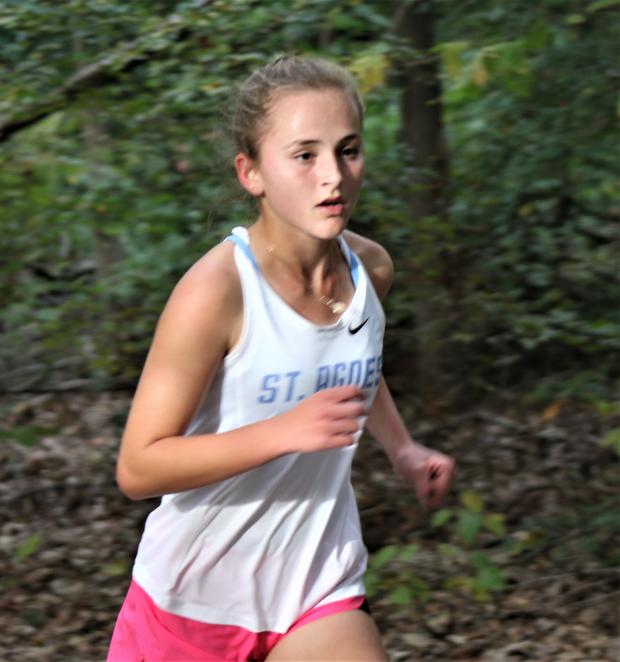 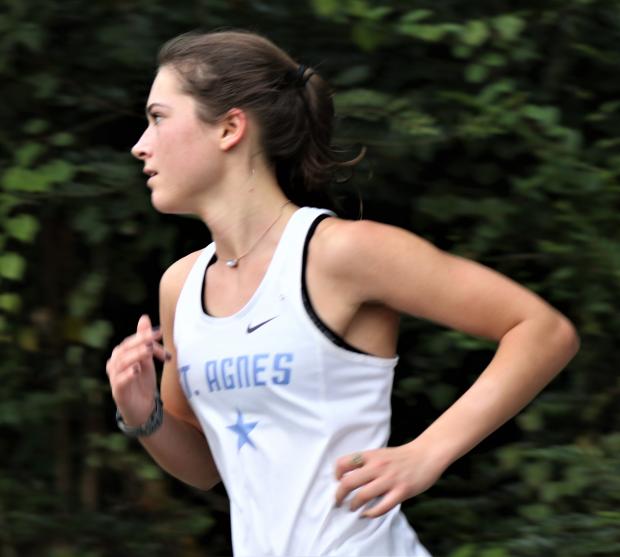 On the boys D2-AA, the easiest way to describe the Christian Brothers racing this year is to call them overly convincing.  Outside of the Bartlett team, the CBHS boys are one of the best teams in the Memphis area, and in the Memphis D2-AA region are basically unbeatable.  At the recent Region meet, at about the one-mile mark, the group comes out of the woods to make a turn into another area.... The lead group had about 7 or 8 guys in it... only one of those guys was NOT dressed in purple!  Now that is how to race!  17 points in that meet, so just a couple out of perfect... 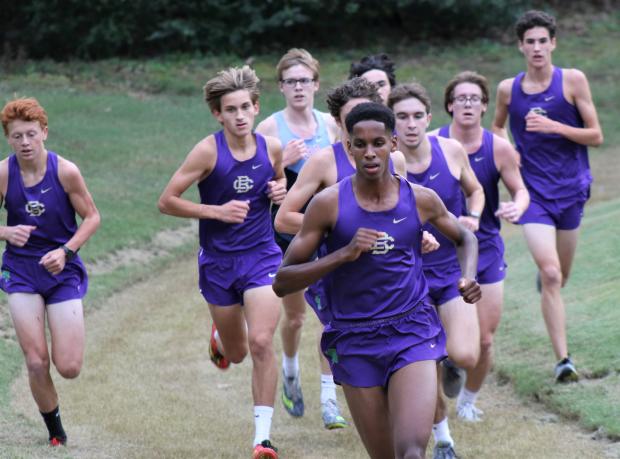 Somehow wedged in there are a couple of other Memphis D2 athletes.  Nash Kaye (17:13) of Memphis University School and Sam Baker (17:14) of St. Benedicts are the ones that have put a kink in the CBHS perfection this season.  Both have been racing strong and are certainly going to continue that at the State meet.  Nash is only a freshman and so has time to develop and Sam is a senior and certainly motivated to make his last season a great one. 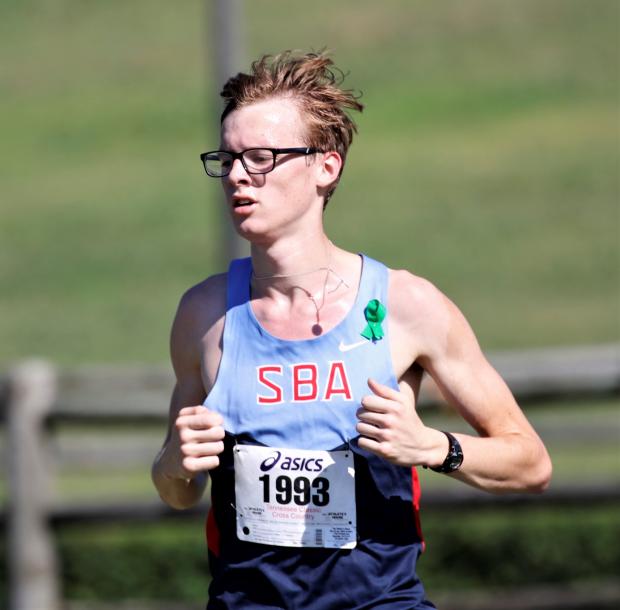 But back to the CBHS boys.  This team has an impressive slate of athletes all running sub 17:30's.  Their top runner, Constatine Campbell has a 16:19 mark this year with Tyler Casey right behind him with a 16:33.  These two have run 9:59 (Constatine) and 10:01 (Tyler) at the season beginning HOKA race, then have gone back and forth in several seasons during cross country and track. 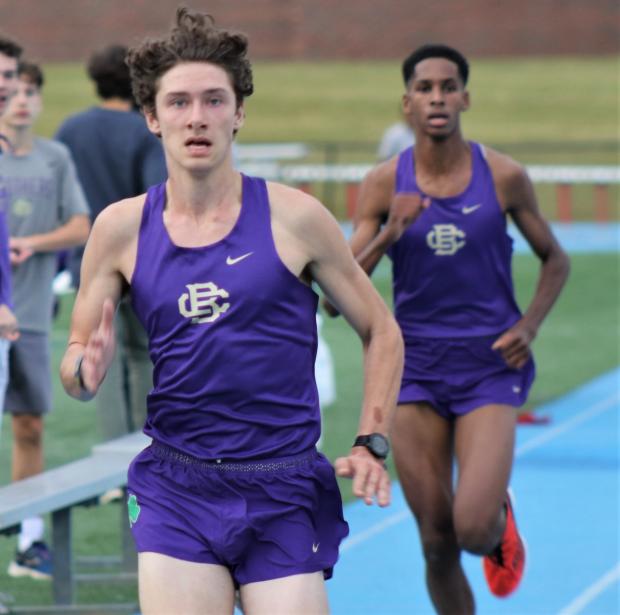 With their top six runners all ranked in the top 30 for the division, it appears the whole team is working together to excel this season.  Sloan McHugh (17:12), Baker Springer (17:17), Parker Massa (17:28), and Jake Ryan (17:33) are all tightly matched and having that is an advantage in cross country - working together is a key to a strong team finish and this year the CBHS boys seem to have that down!  How that relates to the State meet, well, we'll just have to see this Saturday.  But they are ready for sure! 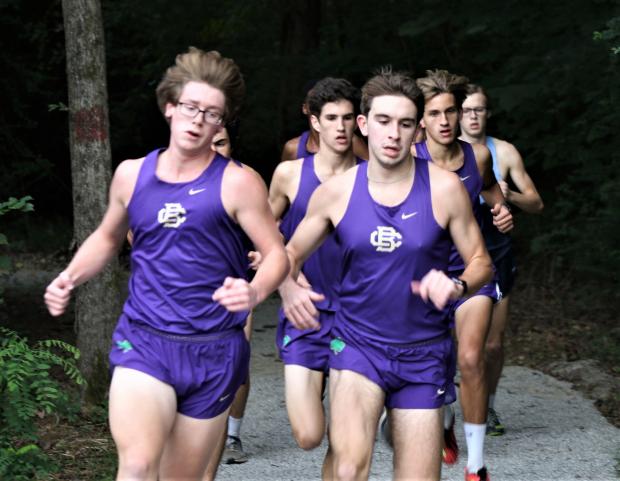 If you happen to be one of those that can get out to the Steeplechase course this Saturday and watch the State Championships, you won't be disappointed.  It's a very spectator friendly course.  But beware, if you do decide to trek to different spots across the course to watch, be sure you're in shape - it's tough even for spectators!  I hope to see everyone out there this year.  Last year, I recall seeing a Marching Band - all dressed - that came out and cheered on their team.... Amazing!  Cross Country probably has some of the most vocal fans around and I certainly hope they all come yelling for their teams this Saturday!  I would expect nothing less!! 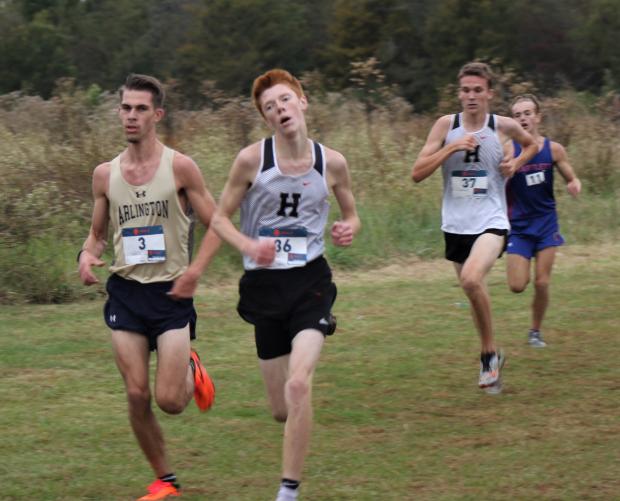 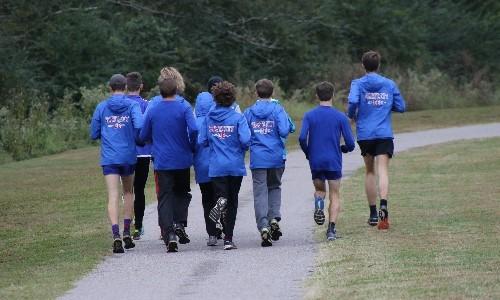 See you on the track... and of course on the grass at the State Championships!