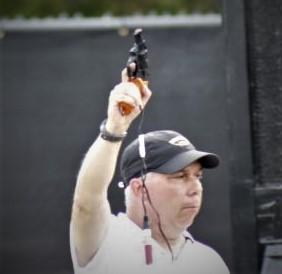 It's the second weekend of April and that means one thing... well, yes, pollen and allergies are acting up... it means the Houston Classic is here!  This meet originally started a very long time ago and has been one to mark on your calendar every year since.  Every once in a while, the ACT creeps in there on this weekend but for the most part, has little affect on the level of talent and competition we see at this meet each season.  Great for spectators, great for athletes and great for the Memphis Track and Field community!

If you are coming to the meet to watch, you should park yourself near the long jump.  This is one event to follow if you want to see some exciting jumpers.  With at least a baker's dozen worth of athletes having jumped at or over the 20-foot mark, and eight or so at least 21 or over, this event is set up to be one exciting jump fest.   The top boys to watch here will be Memphis Central's Courtney Thomas, Brentwood Academy's Camron Johnson, Harding's Coby Hollins, Christian Brothers Antonio Lay, and Houston's Aeneas Reed.

The girls long jump isn't going to disappoint either.  Cordova High's Lauryn James is entered and she jumped to a state 2nd best of 18-5.5 at the Tiger Relays on March 24th.  That is only a half inch from the state best this season so far.  Morgan Louderback and Sydni Harvey are making the trip from Nashville with the BA team and they aren't coming here to peak at second place either.  Morgan has jumped a couple times this year and only a few inches from her best, but this pentathlete doesn't like to lose, so let's keep an eye on her.

And as usually, around 6pm Friday, keep an eye on the pole vault.  Not sure the meet record, set by Oxford MS's and Olympic medalist, Sam Kendrick's is in jeopardy but the event still will prove exciting to watch as usual.  Nikhil Jogal, with the host Houston High, sits at the top this season with his 14-1 mark he set at the Tiger Relays.  I'd like to point out that at the Tiger Relays, the weather was cold, windy and rainy.  Considering those conditions and the fact that Nikhil is one of the five guys above the 14 mark this year in the state, we may just see him set that bar just a little higher.  There are a few others that will challenge him, with Knox Perry of Brentwood Academy, Liam Jogal (name sounds familiar!!) also of Houston, Gavin McKay of MUS and Troy Taylor of Briarcrest.  So... look up, only way you'll see the winner in this event!

The girls pole vault is likely going to be a preview of the state D2 championship!  BA's Alex Swindle and SAA's Kate Sander are both vaulting at their best this season and I would think going head to head at this meet will motivate them both.  If there's a home field advantage, I'd give it to Kate.  But for me to predict a winner here would be a bit foolish since this is too tight to call.

There are more field events worth watching of course, but with 1800 entries at this meet, 33 teams and well, just a lot of athletes to talk about, I'd need a book the size of War and Peace to cover everything!  By the way, this meet is one of the longest running meets in the state and every year has one of the best fields around.  This year isn't an exception to that trend as you can tell.

Brentwood Academy is bringing in a couple of top 1600 runners with Eddie Lunn leading the way for the distance team with a 4:32 PR in the 1600.  What might be more impressive though is his ability to kick in some speed with his 2:03.45 that he just ran on the last day of March.  Watch out for this guy when bell laps rings.  Whitehaven's Emmanuel Cullins ran a 4:39 at the early Jamboree but has the pedigree of a 2 flat 800 runner and ran a 9:41 in the 3K this past summer so he certainly is one to watch here.

Ok, speaking of speed in the distance races, let's take a look at a trio of Houston runners.  Colin Jones, Keaton Jones, and Charles Parker all come in with some thoroughbred racing under their belt.  Colin and Keaton come in ranked 3rd and 2nd in the state and if you were keeping up with the indoor season, you know you heard their names on a regular basis.  Then Charles follows these guys ranked 7th in the state for the 800.  Three top ten athletes in one meet can only equate to one thing - one heck of a fast race for sure!  And when they're on the same team, well... look out for speed is all I can say there!

The girls distance side could be very interesting also, especially with the 3200M run.  There are at least four girls that have the talent to get under the 12-minute mark and if the weather cooperates, they could drop even further.  Lydia Tankersley and Madeline Harreld have both sub 12 marks.  Lydia ran an 11:31 at the Jamboree in early March and with this being a new distance for the freshman, you never know what could happen in a big race like the Classic here.   A couple of D2 stars in Allison Newman of St. George's and Brentwood Academy's Kylie Wittman could mix in well with this group and push the times down a bit as well.

Looking at some of the running, I'll start with the girls 100 hurdles.  A slew of athletes in this meet are fully capable of taking the crown at this coveted meet.  Jessica Green of Collierville comes into this meet with the best time this season with her Sugar Bowl runner up finish of 15.14.  I've watched this athlete really excel during the indoor season, and with her just signing with University of Massachusetts, I would not even remotely count her out here.  Memphis Central's Jordyn Braswell, who ran 15.22 at the Tiger relays prelims in late March is also one to watch.  We'll have to keep an eye on the wind, but a sub fifteen mark could happen here Saturday.

The boys 110's looks like a match up between Brentwood Academy and Memphis Central with a shot of Bartlett thrown in there.  Across the state the BA team for D2 and Memphis Central for D1 have typically had some of the best hurdles.   Looks like this meet is going to pit these two schools together for some fairly talented bragging rights.  BA is bringing in Camron Johnson, Michael Archie and Shane Farrow and Memphis Central has Josh Owten and Ferra Perkins.  Bartlett boasts Cameron Easley as their top hurdler in this meet too.  And then a group of other hurdlers could easily pop into the top three here this weekend.  The hurdlers are normally pretty exciting to watch, this race, well, exciting might just be too calm a word to describe how this will go.

The 100M dash, the 400M dash and the 200M dash for both the boys and girls are going to bring in some of the best athletes in the area.  Christian Brothers Antonio Lay, Whitehaven's Andre Goodman, Harding's Charles Nichols, Whitehaven's Jalon Browley, Central's Armond Poindexter, Prep Academy's Emmanual Bynum, Terry Towah of Collierville and too many more top area athletes competing this weekend that I don't have time to mention.

The girl's sprinters have the bragging rights at this meet of bringing in the top 100M and top 200M runners in the state.  Southwind's Breanna Miles ran 23.95 just last week and so is prepped to come out here strong.  Last years D2 400 and 800 champions are leading those races for the girls with Savanna Owens and Meghan Underwood respectively.  So sectional champions, state champions, upcoming champions are poised to put on a talented display of track and field this weekend.  That's one you shouldn't want to miss!

The last race of the day is the boys 4x400.  Looking at the teams entered in this race, all 19 of them, it's a tough call to make on who can take the title.  Houston is going to be trying their best since it's home turf for them.  But with Brentwood Academy, Kirby Collierville, Southwind in the mix, a good hand-off or a quick take-off is likely all it'll take for a team to get this title late in the day on Saturday.

That's only a very short version of what to expect this weekend at the Houston Classic.  Come out and watch for yourself and cheer on these fine athletes this weekend! 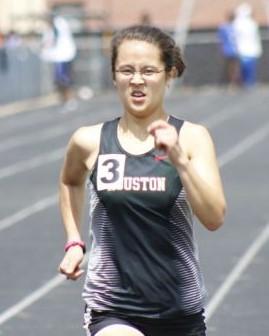