Brentwood senior Brodey Hasty simply ran away from the field at the NXN Southeast Regional to repeat as the individual champion in 14:36. His performance broke the old meet record as he finished 22 seconds ahead of the race runner-up Sam Affolder of Loudoun Valley (14:58). Hasty will be considered one of the individual favorites to compete for a national title at the Nike Cross Nationals next weekend in Portland, Oregon. 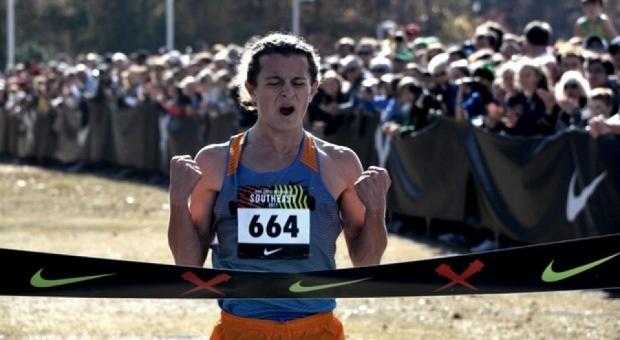 The Brentwood boys were hopefuls going into the meet to make a return trip back to Oregon, despite their unique circumstances and situation of this past season as this group of runners at the school opted to compete and train separately unattached from their high school program.

Their front two and key returnees from their top 3 national squad from a year ago in Hasty and Scott Thompson (9th, 15:19) ran strong with top 10 finishes. Their remaining top 5 was able make up a lot of ground in the last 3K of the race, but not enough to put them in close enough contention for a top 4 finish with Elias Sandifer (63rd, 16:05), Luke Lattin (71st, 16:08), and Quinn Heithcock (89th, 16:17) rounding out the team scoring for a 175 point total and 6th place finish.

Brentwood Academy was the next best performing squad from Tennessee in 12th place with 425 points. An impressive end of season showing for them considering they lost their #1 returning runner in Carter Cheeseman prior to the season when he moved to the state of Texas. Meanwhile, Siegel trailed them by 44 points in 15th place at NXN Southeast Regional after being the top team in the state meet results merge.

In the girls race, Dobyns-Bennett sophomore Sasha Neglia led a good portion of it before conceding first place in the final half mile to eventual winner and Delaware state champ Lydia Olivere of Padua Academy. Neglia was still rewarded with her fearless race plan by qualifying individually for Nike Cross Nationals and posting a swift new personal best time of 17:27 as a runner-up.

There were no girls teams from the state competing in the championship division at NXN Southeast.