Did you know that the same lady behind "Mary Had a Little Lamb" is also the same person that persuaded (somewhat) President Abraham Lincoln to make Thanksgiving a national Holiday!  She wrote letters for years to make this a national holiday.  Just like any athlete trying to do their best, she was persistent in her drive for her goal.  A few Presidents before Lincoln had proclamations, but it wasn't until 1863 that it was official.  (If you want to check on that, look at the collection of Lincoln's papers in the Library of America - Vol II, pp. 520-521.).  So... enough for the short little look at thanksgiving history. 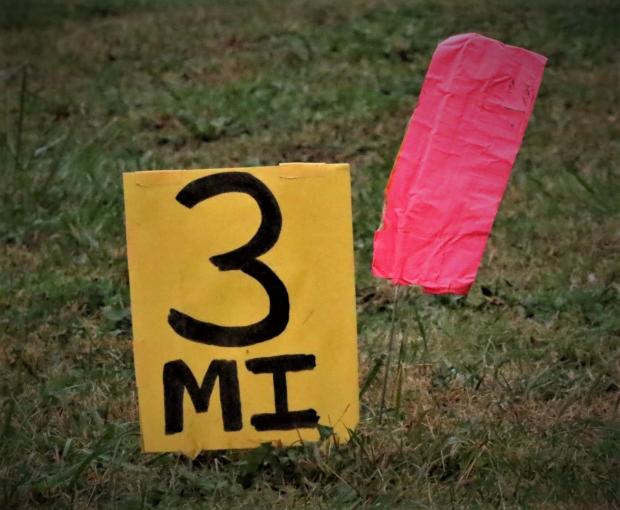 If you take 1863 and convert it to a 5K race time, specifically the state championship cross country this past season, how many athletes do you think ran that time - which is converted to 19 minutes and 3 seconds (18 minute plus 63 seconds... 19:03).  Can you name the athletes that ran a 19:03 at the state meet?  Well, out of the eight division races and a total of 1,042 finishers on that early November race... only one ran a 19:03 (specifically 19:03.22) and that was Brentwood Academy's Meredith Helton.  And by the way, that was what it took for Meredith to defend her title as the D2 State champion for large schools.  Now that's something to be thankful for this season! 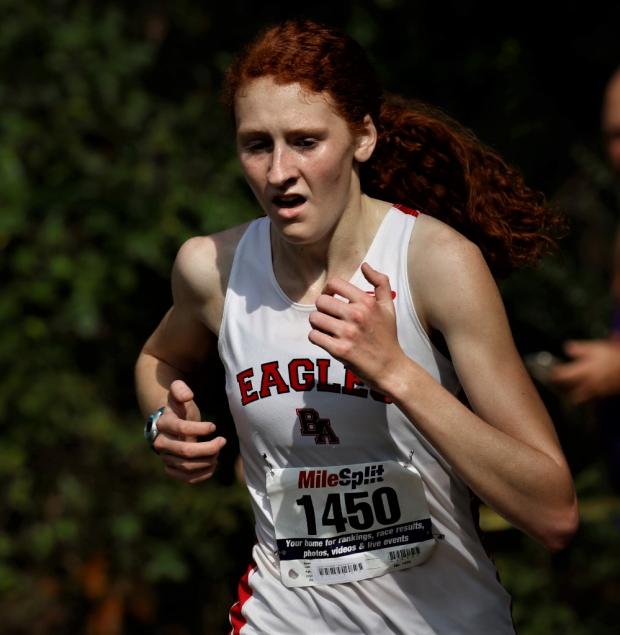 Ok, the first thanksgiving was held in 1621 so for a second I'll stay on the numbers thing.   Jeb Jones of Science hill was the only athlete that came really close to hitting a 16:21 on the course at the state meet.  He ran 16:20.59.  Yep, that was close so we'll give it to him.  Earlier in the season, Jeb ran a 16:22 at the Jr Ward TN classic, so he's pretty consistent on that tough course.  Let's be thankful for Jeb's timely race! 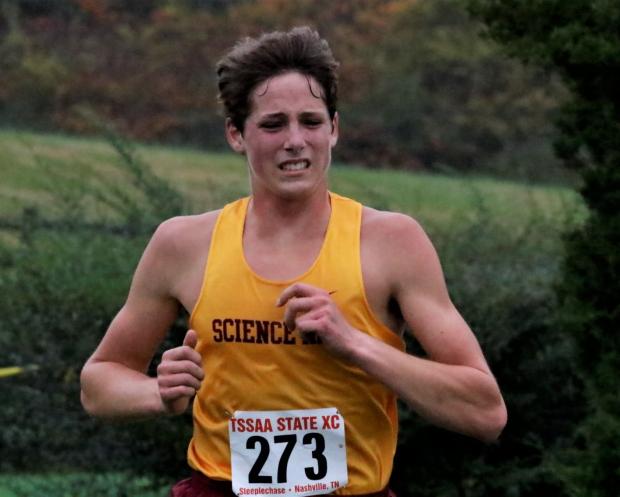 The domesticated turkeys usually eaten during the holiday cannot fly and their pace is limited to a slow walk.  But wild turkeys can run about 20 to 25 miles per hour for short distances but can fly at speeds up to 55 miles per hour.  I've coached sprinters for many years... hmm... only like running short distances... sounds kind of familiar!

The first Thanksgiving celebrated lasted almost three days.  That's a long holiday for sure.  So let's be thankful that, during the state cross country meet, that the instructions given out just before you start the race don't take that long.  And be thankful that you have a minute or two after those instructions to do a few run outs and get the legs ready to race. 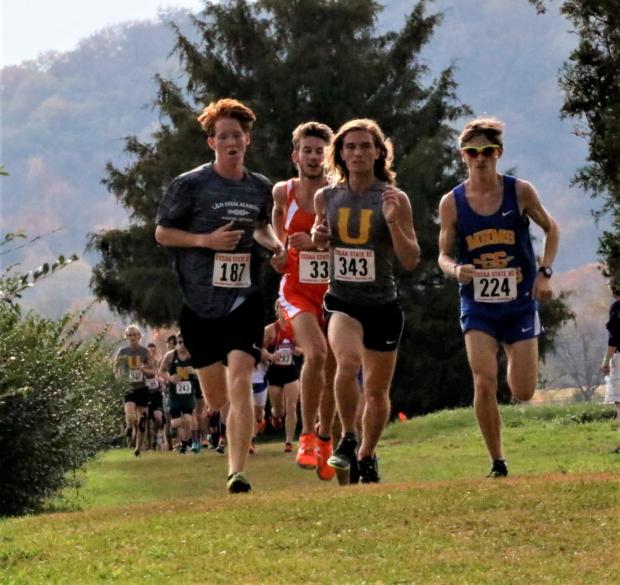 A lot of people, for some reason, like to watch football on thanksgiving. Maybe it's because other than the parades, not much else is on.  But did you know that across the US on Thanksgiving Day, there are more than 250 active races that are turkey trots or some type of turkey run.  The 250th largest city in the US is Richardson Texas with a population of 113,267 people.  Do they have a Turkey Trot?  Not in the city itself, but there are two nearby in Plano and Dallas and they have a huge participation with thousands running those races on Thanksgiving.  So in my opinion, the turkey trot is almost as popular as watching football... and heck, a lot healthier for you too!

We've had some really fantastic performances from both Track and Field and Cross Country athletes this calendar year.  That in itself is something we can be thankful for on this turkey holiday!  Let's take a look back at the 2017 track meets.

Track athletes sometimes need all four years of high school to become strong enough or fast enough to capture the state title.  That experience really makes a difference.  Well, I've thought that for a while but after the state track meet in 2017, I've changed my thought process just a little.  For the most part, seniors still have a dominant hold on the sport, but the younger athletes, well, they do make a mark! 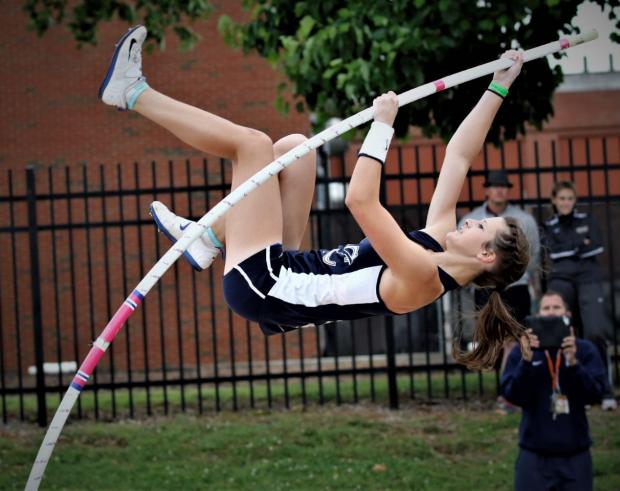 Here's the rundown on the numbers... and yea, I'm a numbers kind of guy if you haven't realized that yet!  Taking into account all the events other than relays and Pentathlon and Decathlon, there were 47 seniors (boys and girls total) and 37 non-seniors winning state championship events at the 2017 Track championships.  Five out of the 37 non-seniors were freshman (2 events for the girls and seven for the guys).  One event won by a sophomore on the boy's side and three for the girls.  Twenty eight events for both boys and girls were won by juniors.  As those juniors come into this year, it certainly looks like they will make a strong statement for a dominant senior class this spring track season!  So let's be extra thankful for these athletes as they come out this spring and show how talented they really are! 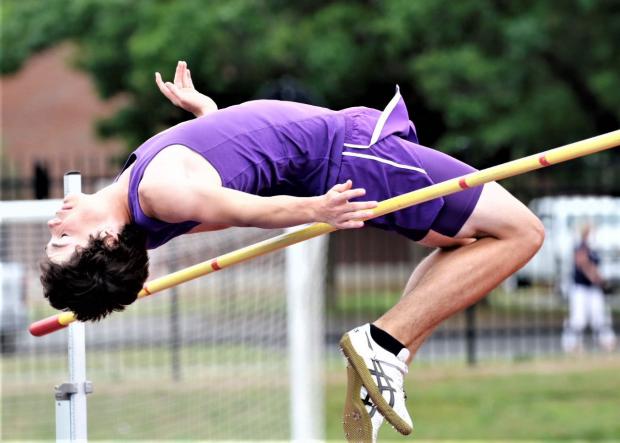 One tradition I read about was that some families give their turkey a name and then, just after cleaning it, grab the wings and dance around the kitchen with the bird. Well, I after reading about that tradition, it's hard to even say anything else at the moment!

And speaking of families, I'm really thankful to have watched this years D1 Large School cross country race at state being taken by two brothers... and 1 and 2 finish for Titus and Silus Winders!  Now isn't that something to be super thankful for... watching history being made by a couple of good - and yes - some pretty fast cross country athletes too!  Thanks for putting on a show this year guys!

You know that most cross country runners are really finicky eaters.  They are careful how and what they eat.  A splurge usually has a lot to do with carbo loading... so, here are a few odd quotes on thanksgiving that you likely won't be hearing from cross country runners:

Ok, that's enough of that.  But wait, there is a poem for thanksgiving... can anyone tell me how many calories this poem has?

May your stuffing be tasty
May your turkey plump,
May your potatoes and gravy
have nary a lump.
May your yams be delicious
and your pies take the prize,
and may your Thanksgiving dinner
shine in everyone's eyes.

Did you know Macy's Thanksgiving Day parade was first called Macy's Christmas Parade?  I'm curious as to why we don't have a Macy's day race... the parade is 9.7 kilometers long... why didn't they just make it a 10K.... actually, there is a New York City turkey trot and it's 15K run and they have a 5K walk with it but it's not called Macy's Thanksgiving day race!  Oh well. 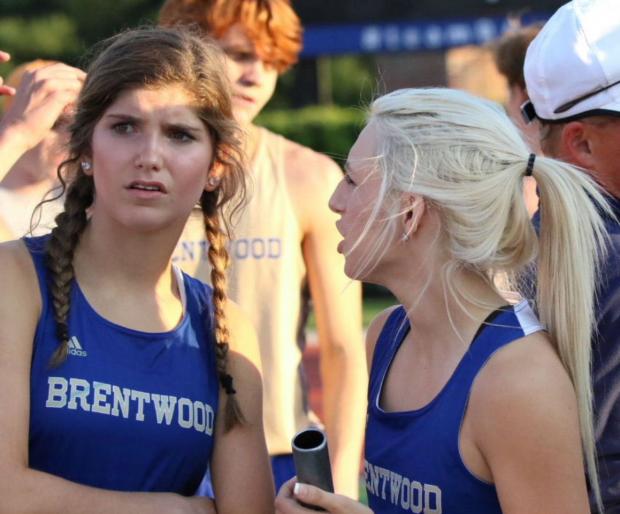 And that poem... if you add up all the food with portions, it totals 8000 calories.

Here is a Thanksgiving Day quote that really can relate to Track and Cross Country athletes.  "The roots of all goodness lie in the soil of appreciate for goodness" - Dalai Lama.   If you've put in the workouts as best that you can but you aren't happy with the outcome, you most likely can do all kinds of other workouts and never be happy.  Not everyone gets to be the first place finisher or have the longest throw or can vault to record levels.  You have to appreciate your best, even if you wish it was better.  The one great thing about track and cross country, it's a sport that everyone can compete in... the competition might come from the person next to you... or for a vast majority of athletes, the competition comes from within.  Be happy with your results, analyze them if you think you should be better, but if you put in the work be happy with the result.  Embrace the results when you do the work.  Coaches should regard that advice as well.   So its Thanksgiving... be thankful. 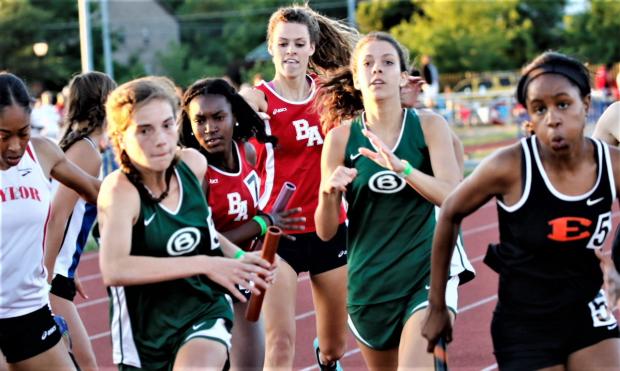 If I were asked, I would tell you the list of things that I'm thankful for this thanksgiving... well, nobody asked me, but if they did, this would be my list for what I'd be thankful for:

-   For Football coaches that like to see their athletes run track in the spring.

-    For coaches that know track speed will do wonders for their football players... even for the d and o lines.

-   For seniors that have been vaccinated from the unspeakable virus... senioritis!

-   For those athletes that compete in the state track meet knowing their accomplishments won't get on the next weeks Monday morning announcements at school... since schools out already.

-   For the schools that recognize their track athletes when school returns in the fall.

-  For those coaches that have a tear in their eye thinking about the graduating seniors on their track team... and not for the points they get at the meets.

-   For the athletes that do the same for their coaches.

-   And of course, for those of you that read the Mile Split articles and doesn't complain... too much anyways.

I certainly hope that you have a great Thanksgiving Day.