Memphis has a history of putting on fast races under big lights.

The 31st Frank Horton Invitational is going to be a battle between multiple team state title contenders as well as some of the best individual talent in the State. Hosted by Christian Brothers High School at Shelby Farms Park, the varsity girls' race is set to start at 8 p.m. with the boys' varsity race to follow. Between the speedy course and the cool temperatures, fast times are sure to come.

The boys' varsity race is headlined by Jackson Williams, the standout senior from Arlington High School. Last year, Williams placed 12th at The TSSAA state cross country championships and then followed up on the track placing 8th and 5th in the 1600 and 3200, respectively. This season, after winning his opener at the Myrtle Invitational, Williams ran a huge PR of 15:38 at Memphis Twilight which puts him at the number three spot in this year's state rankings. Last year, Williams ran a big PR at this race taking home a second-place finish. Can Williams take home first place with a new PR?

Other runners to watch out for in Saturday's race are Owen Young and Alec McCreary of Arlington, as well as Landen McNair of Bartlett. McNair finished last cross season as the top ranked freshmen and looks to land a big PR here on the same course that holds his current best. 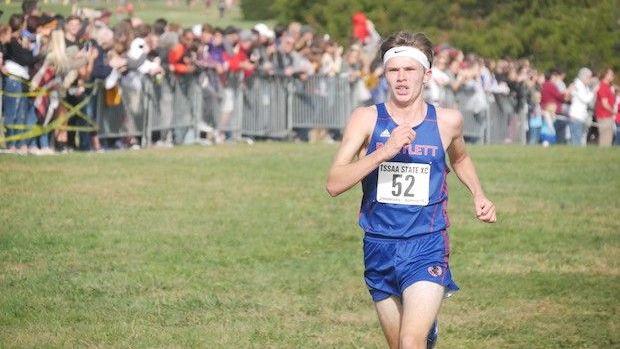 The virtual meet for the boy's race predicts Arlington High taking the first three places and winning the race by 27 points. Those seed times are coming from a very successful showing this past weekend at the Southern Showcase in Huntsville, Alabama. Earlier in the season, however, Bartlett beat Arlington by 23 points. Will the Showcase times hold up? This will be a fun race to watch as two team state title contenders battle it out under the lights in Memphis.

The girl's race is Headlined by Brooklyn Biancamano all the way from Long Beach High School in Long Beach, Mississippi. Biancamano is a name that is hard to forget, and with a win list like Brooklyn's, it's a name that refuses to be forgotten. With nine 5A state titles... yes you read that correctly, nine state titles, Biancamano is the clear favorite to win on Saturday. In the past two years, she's won every single distance title from 800m on the track all the way up to the 5k on the cross country course. After five races in her 2019 cross country campaign, she's undefeated and looks to continue that streak on Saturday night.

Other big names to watch out for this weekend on the girls' side of things will be Jessica Cartwright of Hernando High School, Allison Newman of St. George's, and Ann-Marie Braese of Arlington. Cartwright posted a third-place finish as an eighth-grader last year at the 6A state cross country championships in Mississippi. Newman posted a second-place finish last year in the 1A Tennessee state cross country championships. With this much talent, the girls race has the chance to be something special.

The team race on the girl's side should be a close one between Arlington High School and St. George's Independent School. The virtual meet predicts Arlington winning by two points, but when the two teams went head to head at Memphis Twilight a few weeks ago, St George's beat out Arlington by 57 points. Expect to see an exciting race play out between the two stacked teams.

There are lots of questions to be answered this weekend. Will Arlington's fast times from Huntsville hold up? Will Biancamano's undefeated streak stay alive? If you can't make it to Memphis on Saturday night, we've got you covered. Be sure to check back on Milesplit for the full meet coverage and recap of the race.