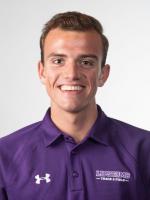 Round 1: Who's The Top Boys Distance Runner The Past De...
Its time to vote on who is the top boys distance runner from the state of Georgia over the past decade....

Andrew Kent of Lakeside Steals the 6A 3200 Meters, Wow!
Andrew Kent does it again, coming down the homestretch and sliding past the leaders for another Gold medal. photo by Daniel McCauley...

Texas MileSplit Power Rankings: 4A Boys Preseason...
Ranking the T&F athletes based on who will have the biggest impact at the 2016 UIL Outdoor Track State Championships....

Historic Day for Georgia High School Cross Country at F...
With three individual girl qualifiers for the National Championship meet, a team title in the seeded girl’s race & a strong 3rd place in the boys seeded race, Georgia was well represented at the Foo...

6A Boys ReCap, Marietta Rocks the House and Torres Take...
They came and conquered just as in 2014, as Marietta put on a show, flying around the toothless band field area (without Separation Slope)...