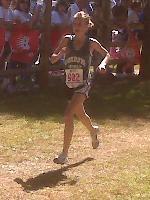 2013 West Tennessee Track & Field Jamboree Meet Review...
A Track & Field jamboree is a great opportunity to give coaches a chance to identify what talent they have in all the events.   It’s also a chance to test their athletes in a competitive env...

Foot Locker South Preview...
The south&#39;s top runners will head to McAlpine Greenway Park in Charlotte, North Carolina for the Foot Locker South Cross Country Championships. The top ten boys and top ten girls in the seeded rac...
Region 7 AAA Cross Country Meet Review...
As I exited the highway on my way to the park in Atoka to watch the Region 7 cross country championships, I started driving over several footprints painted on the road.  Driving further, I passed Bol...

Who To Watch In Tennessee...
Tennessee is the next state in our who to watch series.  Athletes will be added during the next week.  ...
Top Ten Ranked Teams for March 24, 2011...
Photo by RothRE (User Uploaded) Here are our first team power rankings for the 2011 season. These rankings were calculated by scoring the rankings as a meet. We took the individual rankings and re...
St. Agnes places second in Cross Country...
One brilliant St. Agnes career at the TSSAA Girls State Cross Country Championships came to an end on Saturday afternoon, just as another began with a bang. (via Memphis Commercial Appeal)...
Last Week in Review 11-01-10...
Photo by RothRE (User Uploaded)    Run down of the past weeks results and coverage in one spot. ...