There were a lot of great track performances at this year's TN State Indoor championships at the Vanderbilt 300M indoor facility.  Let's take a look at the Sprints!

The TN State championships started out on a really fast note with the girls 60M dash.  Coming out of Heat 1, Tyner Academy's Nicole Johnson was the top qualifier with Kirstin Jones (Whitehaven) just behind her in a lucky time of 7.77.  Nicole's time was just a few hundredths of a second off the State meet indoor record.  Then in the finals the two girls went neck and neck again.  The same outcome but with some faster times for the second time up.  Nicole went about as close to the record without a tie in 7.62 and Kirstin dropped her time to match Nicole's from the prelims, 7.66.  The record is 7.61.  Not a bad way to start the day and not a bad way to finish for these girls.

The boys 60M dash was one heck of a close race.  The top four finishers were all within 0.04 of a second apart!  Brendon Elrod of Cumberland ran a 7.06, with Pearl Cohn's Jimyrious Parker a hundredths ahead of him in 7.05.  The win went to Jayden Harrison of Pearl Cohn in 7.02 but University School of Nashville's Daniel Lutes was so close even a blink of an eye wasn't going to separate them. 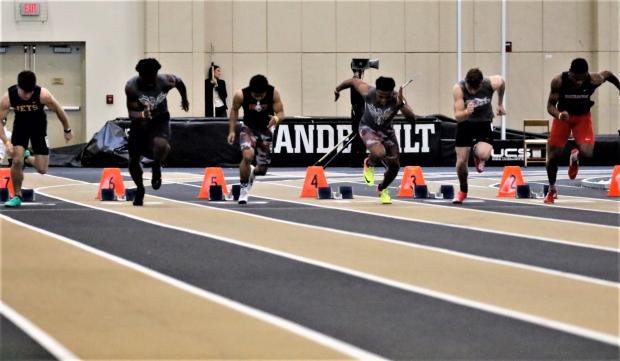 The 200M dash was a chance for Kirstin Jones (Whitehaven) to get a little redemption.  Her preliminary race was fast enough to break the previous record of 24.71 set last year.  Kirstin ran a 24.66 in the first heat of the prelim and was almost a second ahead Timaya ray of Hardin Valley who ran a 25.55 in heat four of the prelims.  That put them neck and neck in the finals, where Kirstin decided to drop another 0.01 off the time and set a new record - Again!  Her 24.65 was a top 20 national mark and is probably going to stay on the boards for a while.  Well, unless Kirstin gets faster next year since she's just a junior. 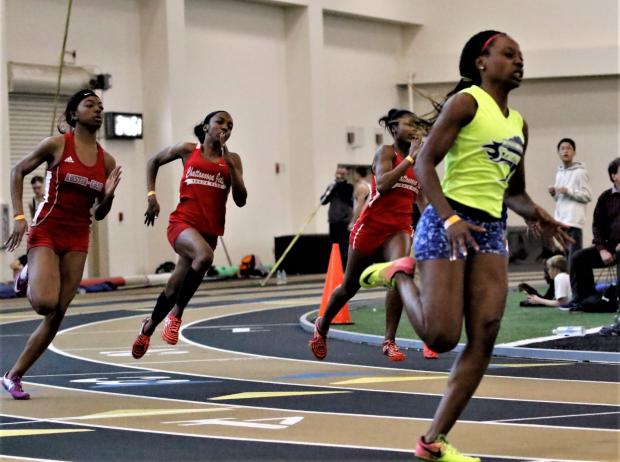 Tennessee seems to always have a lot of really strong 400 runners and this indoor 400M Dash showcased them!  I'm not sure anyone has told these guys, but the 400 is a race that hurts!  Sunday didn't appear to look that way when Hardin Valley's Willington Wright came out fast on the last turn in the 400 prelims that ended up breaking the record with his 49.28.  You'd think that would put a bit of a break in the finals, but Willington dropped the record again with a nice 48.07 that was a top ten national mark.  Second place in the finals also broke the meet record when Nickson Pierre of Pearl Cohn ran a 49.05.  That was fast. 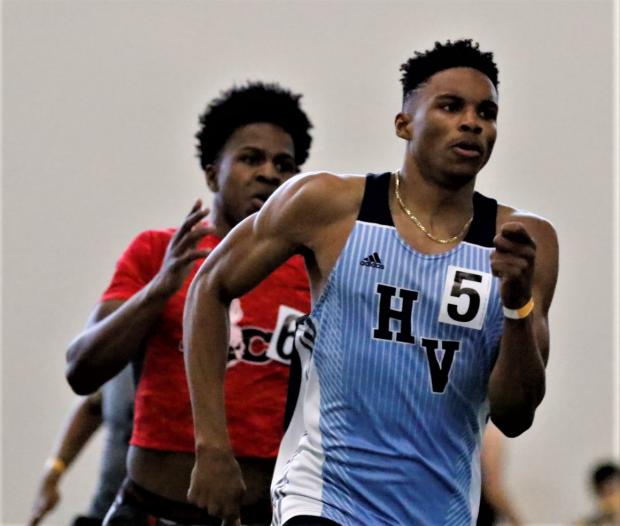 While we're on the meet record list, the boys 60 hurdles did the same thing!  Brevin Simms of Chattanooga and Brody Fry of Oakland came across the finish in the second heat of the prelims to an 8.04 and 8.10 time respectively.  Then both of them did it again running 8.03 (Brevin) and 8.15 (Fry) to go 1 and 2 in the finals - both athletes broke the meet record both times they ran Sunday.  You have to shake your head at those performances, just amazing!

The girl's 60M hurdles didn't match the boys in the record exchange, but there was a real shake up between the prelims and the finals.  The fastest qualifier was Kennedi Johnson of East Literature who ran a 9.26 in the first heat.  Coming out of the third heat was Tyra Nabors of Southwind, a freshman running 9.32 to get that runner up qualifier spot.  In the penultimate qualifier spot was Collierville's Jessica Green. 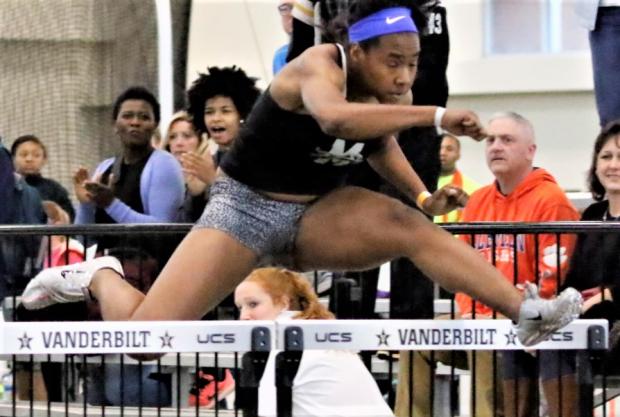 Now I mention Jessica for a reason.  Jessica ran 9.78 to tie for the last spot getting into the finals.  This is why the sprint and hurdle events are so amazingly exciting.  I mentioned earlier how tightly packed these sprint races are.  Add the hurdles in there and anything can happen.  Go into the race with a positive attitude, staying with your warm up routine, and keeping a sharp focus and a hurdle race can absolutely surprise you!  Jessica came from the bottom heap in the prelims, lined up in lane one for the finals and then went out and ran a 9.07 that put her on the very top of the podium!  Oh, by the way, Jessica also set a new personal best for her in the shot put!  I'm guessing that was a nice ride home and a well deserved indoor season for her!  Great going Jessica!

Next up the distance and field events.